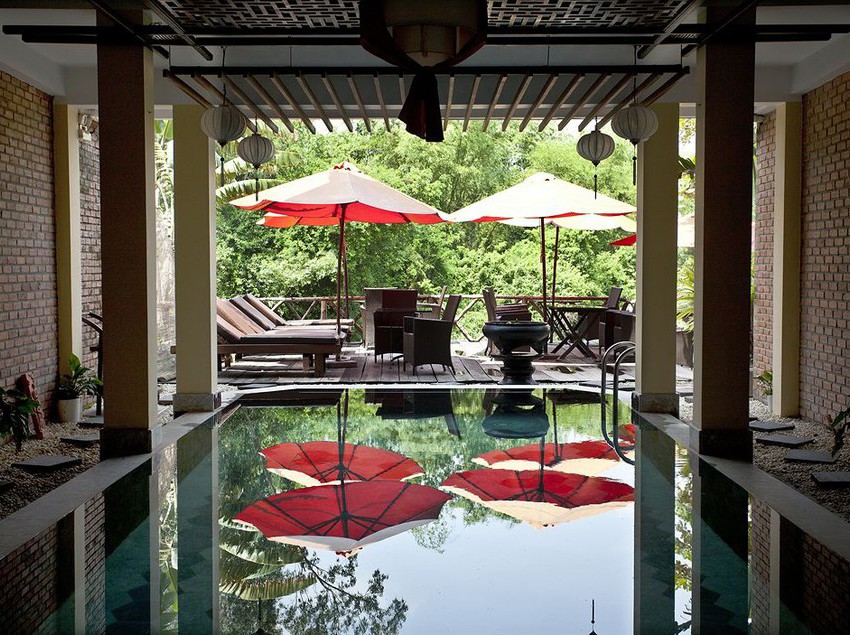 A stay at Thien Thanh Boutique Hotel places you in the heart of Hoi An, minutes from Cam Pho Temple and Hoi An Ancient Town. This hotel is within close proximity of Assembly Hall of the Cantonese Chinese Congregation and Song Hoai Square. Take advantage of recreation opportunities such as an indoor pool or take in the view from a rooftop terrace and a garden. Additional features include complimentary wireless Internet access, concierge services, and gift shops/newsstands. Featured amenities include complimentary high-speed (wired) Internet access, complimentary newspapers in the lobby, and a 24-hour front desk. A roundtrip airport shuttle is available for a surcharge. Make yourself at home in one of the 24 air-conditioned rooms featuring refrigerators and LCD televisions. Wired and wireless Internet access is complimentary, while DVD players and satellite programming provide entertainment. Bathrooms feature shower/tub combinations, designer toiletries, and complimentary toiletries. Conveniences include safes and desks, and housekeeping is provided daily.