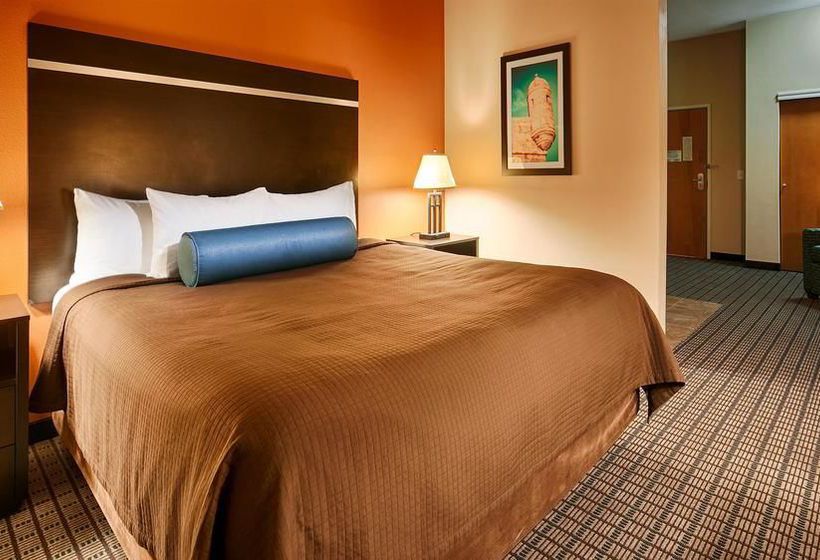 With a stay at Best Western Plus Pontoon Beach in Pontoon Beach (North MetroEast), you'll be within the vicinity of Lewis and Clark Interpretive Center and Splash City Family Waterpark. This hotel is within the vicinity of Gateway Fun Park and Gateway Conference Center. Enjoy recreational amenities such as an indoor pool and a fitness center. Additional amenities include complimentary wireless Internet access and a television in the lobby. Featured amenities include complimentary high-speed (wired) Internet access, a 24-hour business center, and express check-in. Free self parking is available onsite. Make yourself at home in one of the 66 air-conditioned rooms featuring refrigerators and flat-screen televisions. Complimentary wired and wireless Internet access keeps you connected, and cable programming provides entertainment. Bathrooms have shower/tub combinations and hair dryers. Conveniences include desks and complimentary weekday newspapers, as well as phones with free local calls.