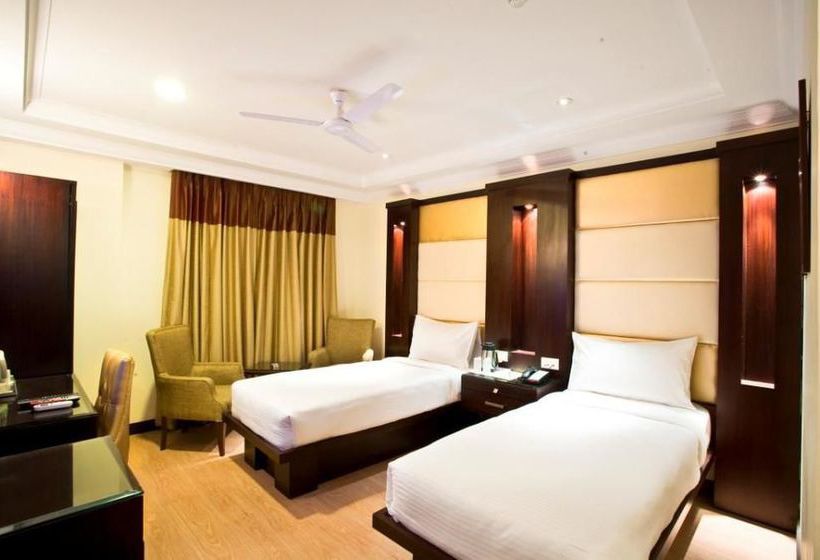 With a stay at Hotel Freesia in New Delhi (South Delhi), you'll be convenient to Jawaharlal Nehru Stadium and Humayun's Tomb. This hotel is within close proximity of Ansal Plaza and India Habitat Centre. Make use of convenient amenities such as complimentary wireless Internet access, concierge services, and a television in the lobby. Featured amenities include a business center, complimentary newspapers in the lobby, and dry cleaning/laundry services. A roundtrip airport shuttle is provided for a surcharge (available on request), and free self parking is available onsite. Make yourself at home in one of the 30 air-conditioned rooms featuring refrigerators and minibars. LCD televisions with satellite programming provide entertainment, while complimentary wireless Internet access keeps you connected. Bathrooms have designer toiletries and complimentary toiletries. Conveniences include phones, as well as safes and desks.